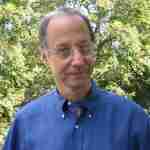 In the ‘Cluetrain Manifesto’ you talk about how the internet is changing society, can you describe this briefly?

The change is so thorough that it is hard to be brief about it. Much of our culture is based on the assumption that a few people get to speak and the rest of us get to listen, for that is how our broadcast media (print, radio, tv) have worked. The network connects people directly, one-to-one and many-to-many, all without requiring us to ask permission.

You taught a class at The Harvard law school called “The Web Difference” can you tell us a little bit about it?

I co-taught that course with John Palfrey a few years ago.
The question was: Is the Web something radically new and trans formative, or simply another new technology no more important than, say, the telegraph?

When you were Senior Internet Adviser to Mr Howard Dean’s presidential campaign, what was the focus of his online campaign?

My title, sounds more important than it was. I helped the campaign with Internet policy, But I also got to hang out with the group that was inventing Internet campaigning. They were brilliant. The campaign realized that they couldn’t have all of Governor Dean’s supporters in direct contact with the Governor.

So, the campaign helped supporters connect with other supporters, by enabling conversations and letting supporters organize campaign efforts for one another. The campaign trusted the supporters to speak and act for themselves, which was quite unusual in political campaigns.

How do you feel that social media is impacting social communication?

Among many other effects, social media make social communication persistent and semi-public, so conversations can build on one another. Social media also make it far easier for people to stay in touch throughout their lives.

Because these are online interactions, they occur often when a topic of mutual interest arises, as opposed to bumping into a friend in a market when only your physical proximity gives you a reason to be in contact.

What site is the first you open in the morning and the last you see at night?

Email. But I’m old-fashioned. I use email as my primary social medium, although I also use Facebook, Twitter, etc.

What advice can you give our trainees when thinking about building communities online?

You don’t build communities, but allow them to form. Participants will talk about what they want to talk about, not necessarily what you want them to talk about.

The community belongs to the participants, not to the hosts and sponsors. So, the key to success is getting out of the way!

Web Courses Bangkok would like to thank David for taking the time to be part of the interview process and suggest that anyone interested in learning about Online Marketing should take the time to read the 10th anniversary edition of the Cluetrain Manifesto, available at Amazon.