10 Tips on Choosing a Laptop

Just 10 years ago, laptops were ugly. Not just ugly, but heavy and expensive too. Thankfully today’s laptops are a totally different breed. They are faster, lighter, cheaper and a lot better looking.  But how do you choose? What do you look for and how much should you spend?

To help, we’ve created this guide with 10 points on what you’ll need to consider before buying a laptop. We are going to also provide you with a budget analysis for each of these points to make your life a whole lot easier.

First of all, you need to know why you are getting this laptop. Is it to make PowerPoint presentations, take notes, browse the internet and do other simple business tasks? Or do you plan on watching HD movies, play high quality computer games and video chat with friends and family?

Our first example above, for business use, would be a pretty cheap laptop — you can easily spend less than $1000 on a model that will run Microsoft Office and other productivity software.

If you do plan on watching HD movies and play high quality games, then you’ll need a high resolution screen and also a good graphics card. 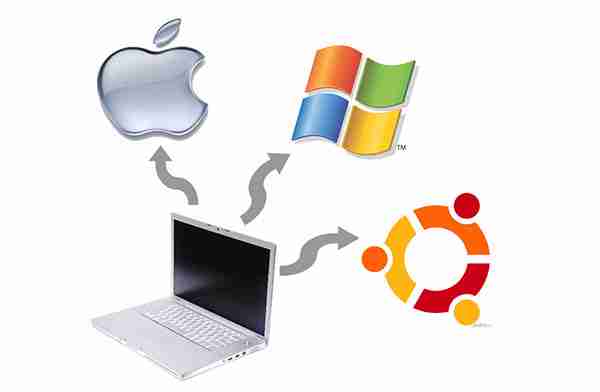 Another factor to consider: Do you want a Mac, PC or maybe Linux?

Many users choose netbooks and laptops that come with Linux. Some versions of Linux are also open source (free online). But don’t buy a laptop with Linux OS only because it is cheaper. Sooner or later you won’t manage to work on it and will have to change the OS. This will cost you a lot more.

The Windows operating systems is found on a number of reliable brands for example Dell, HP, Sony etc., and their prices can range from very low to very high.

While Apple’s laptops are pricier than many PCs, there are only a few Apple notebook models to choose from. Apple’s extremely light MacBook Air models start at $1000. The least expensive 13-inch MacBook Pro starts at $1200, while the 15-inch jumps up to a pricey $1800. A computer’s processor determines how efficiently it can run programs and multi-task. Processors get faster and more efficient every year.

Intel Core i3
Now in its third generation, these dual-core processors are almost exclusively paired with Intel HD Graphics, and are for those who only do the basics: word processing, image viewing, music listening and internet browsing. It is usually what we consider as being the minimum for hassle-free computing.

Intel Core i5
Available in dual- and quad-core configurations, as well as low-voltage variants, the Core i5 is the workhorse of the industry, filling many a fine mainstream laptop. At the moment, both second and third generation parts are in the market. Vendors are using the older Core i5 parts to offer cheaper laptops — and, for day-to-day work, these older parts are perfectly fine.

Intel Core i7
The Intel Core i7 processor is a top of the line quad-core processor. Now in its third generation, Intel holds the fastest chips in the mobile space. This is yet another critical component in a laptop. All the files, folders, etc. that you have will be stored in the hard disk. Hence, choosing a large hard disk is of utmost importance. Go for 100 GB or more at the minimum if you don’t want to run out of hard disk space real soon. There are 200GB – 1TB hard disk drives that are available these days, so, choose according to your requirement.

For years, all laptops stored data on spinning physical discs called hard drives. They are cheap but have slower storage access times.

Faster solid state drives that use silicon-based memory are becoming more prevalent in mobile computers. Because solid state drives don’t rely on moving parts, they’re more reliable in computers that tend to get bumped and jostled around. The downside: They don’t offer nearly as much data storage as the hard drives.

Random access memory (RAM) is a totally different story from storage. Every piece of software running on a computer and the operating system itself (usually meaning Windows) stores data in RAM to function. The more RAM you have, the better — it’s smart to upgrade this component when possible.

2GB or less
Absolute entry level. This will be fine for office work and basic internet browsing, but you may find things occasionally slow down.

4GB
Where everybody should start, and is a nice balance for 3D gaming, graphics work and video editing.

8GB or more
Recommended! This should ensure that you’ll tackle all tasks just fine. Keep in mind though, you’ll need to run a 64-bit operating system to take advantage of all the memory — a 32-bit one won’t be able to access it all. Since Windows comes as separate 32- and 64-bit editions, make sure you’re getting the right one if you intend to run Microsoft’s operating system. 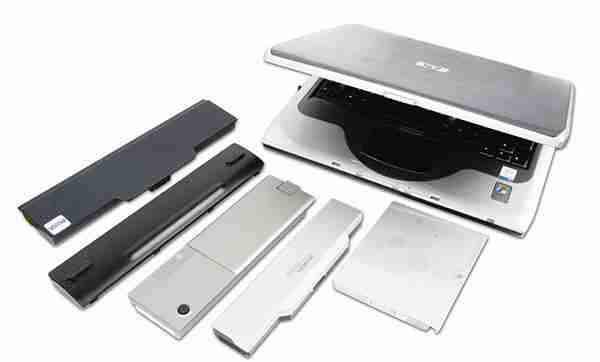 Laptop computing is all about mobility, and battery life is perhaps the most crucial consideration when picking a laptop that’s going to be used regularly on the go. If you’re in the market for a desktop replacement system — meaning you’ll mostly just leave it on your desk and don’t plan on regularly taking it on trips — battery life isn’t quite as critical. Otherwise, pay close attention to how long a laptop’s battery will last.

6-Cell
They are widely used among everyday users as it finds the perfect balance between battery life and a laptop’s total weight.

9-Cell
They are often referred to as “extended batteries”—may add some extra bulk to your notebook, sticking out the back and adding a few tenths of a pound to the weight. However, if you need long endurance, this extra weight is worth it. 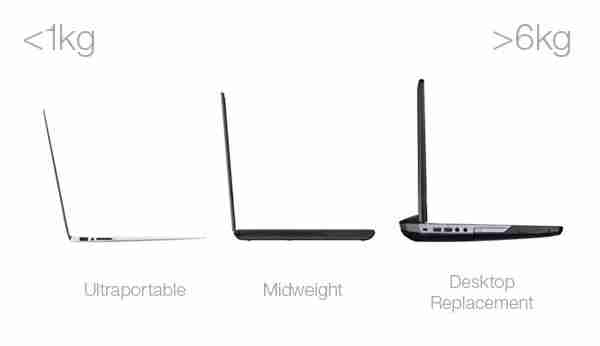 We break down laptops into three basic categories by weight, with some overlap: ultraportables (<1k-1.5kg), mid weight (1.5kg-6kg) and desktop replacements (generally 6kg or heavier).

Ultraportables used to mean expensive, full-featured, yet light laptops like Intel’s ultrabooks and the MacBook Air. Occupying the 11- to 14-inch space, these laptops can now genuinely claim great portability with minimal performance sacrifice, thanks to SSDs and reasonably speedy dual-core CPUs. They usually come with good battery life. They’re generally not high performance machines, but should address most of your everyday tasks.

Mid-weight laptops are going through a transition. This has typically been dominated by 15.6-inch budget laptops, but you can get everything from your basic budget laptop up to a powerful gaming laptop. They’re usually bristling with ports and will have a DVD or Blu-ray drive built in. Unlike ultraportables, you’ll usually get a dedicated graphics card here (to the benefit of games, but detriment of battery life).

If you want desktop power, you need a desktop replacement. With screen sizes of 16- to 18.4-inches, weight as heavy as 6 kilograms and average battery life of less than three hours, these behemoths are not for people on the go. However, they can accommodate a wide range of performance parts and are just right for power users of all kinds — especially gamers.

8. Choosing The Right Laptop – Do You Need a CD-ROM?

CD-ROM’s (Compact Disk Read Only Memory) have been key computer components since the first CD drives arrived on the scene, but cheap flash storage in the form of USB drives and cloud storage on the Internet have nearly eradicated their necessity. When was the last time you used a CD burner?

If you use cheap forms of storage like USB drives or cloud storage on the internet, or if you use Netflix to stream movies, you have no use for a CD-ROM. Ultraportables could great for you.

If you need to be able to burn DVDs or CDs for work, that’s okay — there are still plenty of laptops outfitted with CD/DVD combo drives.

Blu-ray drives are even optional in a small selection of laptops, most commonly the media-focused 15-inch and 17-inch models. But as they are still a new technology, the prices are higher.

Make sure that you have enough ports on your laptop — at a minimum, look for two USB ports (three to four is better). USB 3.0 ports would also be preferable, as opposed to the slower USB 2.0 — although this won’t affect things like keyboards and mice, for storage, it can be a huge benefit.

Connecting a monitor will, these days, involve an HDMI or mini DisplayPort output. Sadly, a lot of monitors (and projectors) still don’t have HDMI or DisplayPort support, so you may need to buy an adapter to connect your laptop to DVI or VGA ports instead.

With laptops becoming ever slimmer, they often tend to drop the Ethernet port, meaning you’ll be reliant on Wi-Fi, rather than a network cable to get you online or to connect to other computers. This won’t matter to a lot of consumers, but those who demand high, reliable speed will want to make sure that their laptop comes with one.

Buying consumer electronics is always a battle against irrelevancy. It’s tough to buy something that will be outdated in just a few months, but there’s always new gear just beyond the horizon — you can’t put off a purchase forever. To maximize the value of a laptop purchase, buy shortly after a product refresh. New systems usually come out shortly after Intel launches new processors. Look up review for laptops. See a model that was highly rated but came out nine months ago? A newer version will probably be along within a few months. Don’t buy a laptop months into its release cycle unless you’re shopping on a budget and spy a killer deal.

Picking a warranty isn’t an easy decision, either. If you’re clumsy and accident prone (or paranoid), opting for a long warranty will put your mind at ease. But it will also cost you an extra hundred dollars or more, depending on the kind of coverage you choose. Total coverage packages for accidents are expensive, but you’ll be glad you have it if you accidentally step on your screen and break the LCD. And there’s nothing wrong with going for the cheapest limited warranty you can — just don’t drop your new laptop!