Lo-Fi Wireframing & Why Speed Is Most Important

When a User Interface (UI) designer wants to conceptualize the ideas he or she has in mind, they will need to lay out some sort of framework to serve as a visual guide to see whether it’s feasible to move forward with what they had in mind. And so, this brings wireframing into the picture. Before knowing what lo fi wireframing or wireframing in general entails, let’s find out what it can do for you.

Lo fi wireframing or (Lo-fidelity) wireframes are known as basic representations of concepts that will aid you in the process of validating those concepts during the early stages of a design process. It is also a unique tool that’s designed to improve your work processes and create an environment where your needs are truly met.

The Purpose of Lo Fi Wireframing

Unlike high-fidelity wireframing, the lo-fi version is the unfinished presentation of your ideas. This method takes up less time, less resources and less specialized skills. At this point, you are not looking to impress your audience but to learn from your audience instead.

Well, why did I say that? The main goal of lo-fi wireframing is to woo your audience with your insight. In a way, it can be considered as a technique that encourages listening instead of selling. It will open a conversation that aligns and discusses the goals of the stakeholders, intentions of the designers as well as needs of the users.

In broad terms, fidelity can be defined as the degree of exactness in which something is to be reproduced. Thus, the wireframe’s level of fidelity will determine that exactness and how the final solution will be represented.

To sum it up, lo-fi wireframes are typically limited interaction, limited function wireframing efforts that are used to describe design alternatives, initial concepts and screen layouts. Also, they are created to inform, educate and communicate with everyone that’s involved in the design process. You might be wondering if there’s a low fidelity option, there must be an opposing end. Well, you are right. Since our focus is not to cover hi-fi wireframing in this post, here’s a quick look to establish the most obvious difference between both types of wireframing tools. Something worth clarifying right off the bat is a major distinction between low-fidelity and high-fidelity wireframing. This post covers low-fidelity which is more about the bare-bones concept. You want to plan out the general location of items such as navigation, button, content, etc. But you don’t need to get detailed with the size, shape, or interface style.

High-fidelity is where you grow more concerned about the look and overall appeal. Composition is important for both lo-fi and hi-fi design- the devil is in the details. When you’re still new to the whole concept it may seem intimidating. Every new creative outlet is intimidating at first but once you understand the rules it should become clearer.

Will Lo Fi Wireframing Improve The Way You Work?

Some web designers are perfectionists by nature and that desire for perfection can sometimes haunt them to the point of inaction. While some rush to act and may end up squandering resources, others may be paralyzed by the excessive amount of work that’s involved when they build something from scratch. With so much to get done, the designer may just end up feeling overwhelmed and frustrated before the final product can be delivered.

If you’ve ever overspent resources due to a rushed project or have a reputation for being a perfectionist, lo fi wireframing will let you find the middle ground between over-thinking and over-spending as well as between too much user validation and too little investment. When you build a practical and fundamental version of a said product, you’ll be able to catch potential problems much faster and earlier in the entire design process. 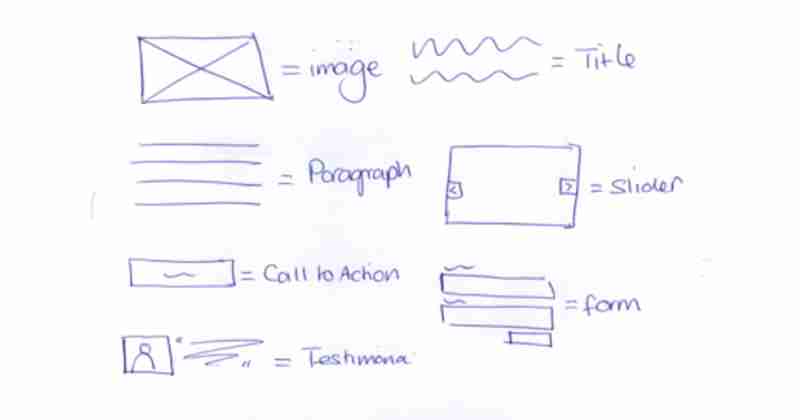 Nothing gets easier than using some good old sheets of paper! Paper-based wireframing will free you from spending more than 90% of your time contemplating on the design itself and the remainder on technical issues. So how are 2D paper-based wireframes implemented?

Let’s take web design as an example. To create the wireframe, you are essentially creating screenshots of the interface’s various elements. This will include messages, pop-up menus and dialog boxes that are simulated with transparent overlays or even post-it stickers. The rough wireframes will pose as valuable sources of insight into a design’s usability.

If you want to be more creative, you can provide potential users with 3D wireframes that encourage more user interaction. There are many ways to proceed and it includes the use of clay, plastic, wood, foam and even cardboard building blocks. This is a step up from 2D wireframes as tangibility is brought into play. Such wireframes will also encourage a higher level of engagement during your concept-testing phase, add realism and help you receive more valuable feedback. As a designer, you might already be aware that working up to speed is imperative if you want to meet your deadlines. With lo-fi wireframes, you’ll be blessed with several advantages that will prevent you from falling behind time, regardless of the type of product you’re building. Here’s why:

Be More Willing to Make Changes

Evolution is a key driver of agile design processes. Because you’ll only be able to create empathetic solutions that’ll thrive in the current markets when there’s continual evolution with your concepts. As less resources and efforts are needed to produce lo-fi wireframes, you will be more willing to change a prototype entirely without thinking twice.

Teams and individuals do not require much technical expertise to build lo-fi wireframes. As long as the goals of the project and product are clear and concise, you and your team are on the right track. This type of wireframing falls neither on the spectrum of function nor form, but rather more on focus.

Are you heading in the correct direction with regards to your raw concept?

Where should you expend your resources next?

Is there a need for you to explore more options or pivot towards a newer model?

Most lo-fi wireframes can be built within a short span of time and with a small budget. And it’s merely the practice of creating a rough mockup.

Wireframes are not supposed to generate deep insight about the product’s final look and feel, but rather expose core issues that pertain to the product’s proposed functionality and usability. Have you been cracking your brains on how to gain such user feedback? Lo-fi wireframes are your answer and the key to your product’s eventual success.

Hopefully, this guide is able to help you comprehend the effects that lo fi wireframing can have on your design processes and outcomes. And it’s important to learn that you no longer have to invest a significant chunk of time and effort to build and polish your design concepts! Figma tips and tricks that will make you more effective How to Run a Design Sprint in Thailand [+ complete checklist] Websites with challenges for UX/UI designers Top 7 Web Development Trends and Techniques to Follow in 2022

By Carl in
Development
There is more where this came from
Join our monthly newsletter packed with course dates, latest articles, free resources and job opportunities
Promise to only send you useful interesting newsletters once a month.