I’m sure everyone has had to work with someone whom you’d wish would just do things a bit more your way. Or at least a decent way. Someone who made you waste time going through unorganized, random file names and conflicting information.
Well, today we bring you Dan Rose, educating the Design Community since 2011.

I’m sure everyone has had to work with someone whom you’d wish would just do things a bit more your way. Or at least a decent way. Someone who made you waste time going through random file names and conflicting information.
Well, today we bring you Dan Rose, educating the Web Design Community since 2011.

How long have you been using Photoshop for?

Yikes. It’s hard to take a guess, but I think 14 years, or literally half my life.

What is your work routine when starting a new design?

Most importantly, it’s essential that I’m up to date on the project and any research that’s been conducted. Once I feel confident enough to proceed, usually it’s some variation of the following: sketch (by hand), experiment in Photoshop, sketch again, Photoshop, HTML/CSS.

How did your etiquette guideline start? 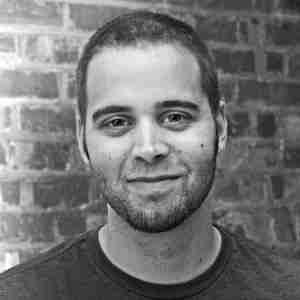 I intended it to be a text document to be passed around the office I was working at, and it dawned on me that if it had a place to live on the web, nobody could say they didn’t have access to it. So yeah, it was supposed to be an internal document really. At the time, I was used to floating my ideas to the Forrst community, so I just wanted to see if it resonated with anyone. Sure enough, it caught fire and tons of folks agreed but wanted it to be a tool for the design community rather than a small company. It launched in early 2011, and it’s been through one major redesign back in September of 2012.

How long did it take you to consolidate all the rules?

Not that long actually! A few days, just looking at some of the things I saw as problematic in the PSDs I was receiving, and using past experience. Now, putting together all the little screenshots and supporting text? That took a week or two.

What new tips can we expect to be added soon?

I wish I knew! I’ve really tried to make this a resource that the community contributes to, and there have been some good ideas people have floated by. I think most of the recommended additions have to do with preparing Retina artwork and exporting correctly. I get a lot of suggestions to add things that are really specific to a certain workplace or group of people, and for me, the guidelines should be as widely applicable as possible. What is the strangest submission for a guideline you have had?

Good question. I’ve gotten a few that have suggested various naming conventions for files, some that use an incredibly complex system like “Client_Year_Project_Version_Date.psd”. Most of the strange submissions are just overly complicated… the idea is to keep everything you do simple.

What other areas of Web Development/Design do you think are in need of etiquette education?

Plenty, I’m sure. A lot of people ask me about making a “Code” version, though I think there’s a ton of different approaches, making it difficult to suggest one way of keeping your code neat. Really, I think any aspect, from wireframing to back-end development, could use some etiquette guidelines, but they’re most likely more specific to where you work. Interestingly enough, print designers have asked for an Illustrator or InDesign Etiquette. Have you ever sent the link to Photoshop Etiquette to anyone as a hint?

Haha. I created it as a big hint to the people I’ve worked with, but I haven’t sent it to anyone, probably because I’m kinda synonymous with the site now. I love seeing the tweets of people sending it to others they work with. It’s funny to see how they are either subtle about it or passive aggressive.

If you could improve Photoshop in 3 ways, what would they be?

I’ll preface this by saying that it’s not fair of me to demand Photoshop to become a web design-centric app, since it’s really intended for image editing. I’d like to see it integrate the kind of canvas their Edge Reflow app has, allowing you to make breakpoints and multiple layouts for your design. I think the way it handles vectors is still inferior to Illustrator, and while that’s ok, it’s inconvenient. I still find myself jumping over to Illustrator to make a dashed line even though Photoshop lets you (it’s not as easy to use, in my opinion). Lastly, and this has less to do with Photoshop itself, but I’d like to see more webfont services have integration plugins, allowing you to use their fonts in your comps. Extensis WebInk has one and it’s great. Typekti, owned by Adobe, would be a natural addition.

You can read Dan’s full set of guidelines here, and if you’d like to learn more about the uses and how-tos of Photoshop, check out our Photoshop Course.