Reincarnation from the blacklist plague?

Imagine you’ve finally reached a point where your site is nicely ranked on google for example. You’ve used all the sneaky naughty tricks you read about to raise your ranking. Then BOOM the next day you’re checking your ranking and you find your site is on the blacklist. A blacklist is essentially just a compiled list of IP addresses which have been detected by search engines or reported blacklisting tools for not operating within the accepted web rules. These rules include having malware on your site, abusing the keyword system and more which I will go into later . Imagine you’ve finally reached a point where your site is nicely ranked on google for example. You’ve used all the sneaky naughty tricks you read about to raise your ranking. Then BOOM the next day you’re checking your ranking and you find your site is on the blacklist. A blacklist is essentially just a compiled list of IP addresses which have been detected by search engines or reported blacklisting tools for not operating within the accepted web rules. These rules include having malware on your site, abusing the keyword system and more which I will go into later . Unfortunately there’s not only one blacklist rather several blacklists that you don’t want to be on. Once you’re blacklisted the search engines pretty much ignore your site and it will be left isolated from the most of the web with few visitors. Awwwwwww. Tools like BlacklistAlert.org  and the ones featured in this article will be able to tell you if your site has been blacklisted and some should help you get off it.

How to land on the naughty list in the first place? It could be quite tempting to setup links all over other sites to trick people to being directed to the site you want them to be on. Yes it might work initially, but soon you’ll get caught. It’s bad, and not good bad like the Michael Jackson classic, it’s bad like men wearing tight leather trousers. Once you’re blacklisted nobody will be able to find your site unless they know the site address already and then they will get a nice warning like below.

It’s generally enough to make most people steer well clear of your site. The best solution is to run your site with good web practices your users, web developers and search engines will thank you for it , you will reap the rewards and stay off blacklists.

Wanna be in my Gang? Search engines learn who your site associates with. Imagine your trying to sell your beautifully decorated apartment in a run down area with a rising crime rate. It might be lovely once you get inside but nobody will even look at it because they see some dodgy looking activity in and around it. Association and ties are so important even in the online world. By not carefully choosing the links posted on your site and who you connect with you can very quickly become associated with some very undesirable sites. I would suggest if you insist on using link directories go for the paid ones. It’s just enough to put off most of the unscrupulous link makers that can land you on the blacklist.

What’s the problem with writing say 5 articles with exactly the same content but under 5 different titles, Surely that would give me 5 more times to get noticed by search engines? Well NO! Search engines have become smarter for one thing and then 2 more reasons for starters.

1. It’s not very original and really won’t encourage people to come back to your site if all the can expect is duplicate content. If your struggling for ideas just look around check out the competition. Inspiration can come from anywhere, anyone and anything.

2. Why take up data space on your website. The space would be much better used serving up fresh content targeting perhaps a different demographic that maybe aren’t so interested in the topic of the first article you wrote about fish shaped napkins but would love to hear about forks in the shapes of spaceships.

I suggest taking a look at the in depth explanation of duplicate content and when it can become a problem from the google webmaster tools article. 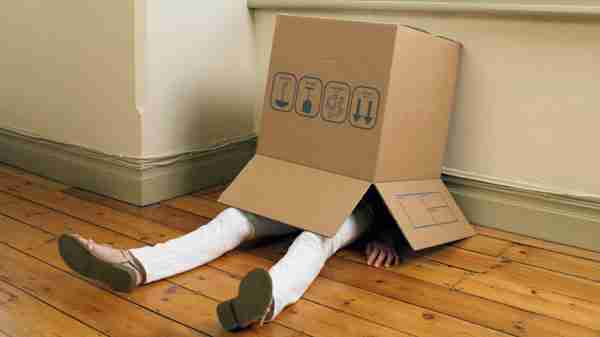 One day someone came up with the idea of hiding things in images. The idea was simple yet clever at the time. You add links and text to your site that people can’t see. WHAT???? That doesn’t sound very useful, well here’s how it works. Essentially you have an image of a red car and then create link on top of that image which has exactly the same colour red text as the car  You can also hide them inside your site’s code that nobody but search engines will see. Keywords are there to be used and not abused. To get the best out of keywords do your research and look mainly what your competitors are using, then personalize these more to your site. Also more recently search engines are placing less and less importance on keywords and it’s primarily because the system has been so abused.

The recent hummingbird google upgrade has also created some changes in how SEO works. Read our How to Survive The Google Hummingbird Update article to get you in the know about what and how it changes things for your SEO. Your not going to suddenly drop of googles radar but you need to know what might cost you a few ranking places or more importantly gain you some.

Doing a simple search for blacklist tools will give you plenty of tools you can use to deal with your blacklist issues but here is a quick run down on five you really want to have in your favorites. Hopefully you never need them but its better to know where to head first should the worst case scenario happen. Your sites beautiful it deserves and audience. 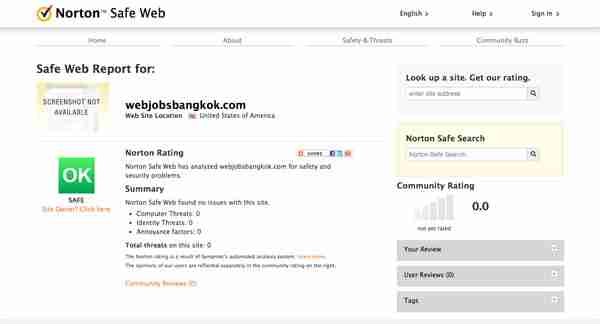 Norton Safe web works by frequently scanning websites then giving them a rating which then gives users an indication of how safe visiting the site is, or if there’s anything potentially malware inside. Think of it like a flash light for a website with the lights off. This goes in looks around and check if anything scary may be lurking.

BOO!!!! Just kidding. After it analyses the site you will be shown any: Phishtank operated by OpenDNS works on the basis that if a site has been reported as using phishing on it’s site other members can either confirm or dispute this. One major problem is when a site has little traffic it can take a long time for the site to reach phishtanks quota to be reported. Meanwhile a few innocent users carry on visiting left at the mercy of any phishing activity on the site. You do need to create an account for phishtank to start reporting sites but be assured your helping many others by reporting sites using phishing. Sucuri.net can fairly quickly scan you’re site and remove the infected malware. This may take a few hours, but of course it will vary between sites. It gets even better as they not only remove the malware, but it can focus on weak areas and improve these to harden site security. For all you WordPress users out there they also have a WordPress plugin which monitors your site including keeping an audit, alerting you of weak security areas, file changes, multiple password failed logins. If your site gets hacked sercuri.net can avoid those 404 issues by fixing them rather than just removing them.

The video gives a nice tour of Purchasing a plan, adding your websites, setting up your monitoring options, setting up malware alerts and the malware removal ticket. The later is the one you really want if you have learned about malware the hard way by finding it on your site. If you choose to sign up you can use the live chat feature to get any tech or account support.

Yandex Safe Browsing checks sites for malicious software and other security threats even better if you’ve innocently fallen victim to malware being on your site it will actually show you the malware name so you can set about removing it. What this lacks in a glorious amount of features it makes up for in speed of giving you an almost instant result. Still relating to blacklists I feel I should still mention Spamhaus which has nothing to do with the tinned food or Monty Python but very much a company you should be very aware of and hopefully them unaware or your site. Like the FBI of search engines these guys track the world’s worst spammers; they also work closely with the law enforcement agencies to pursue or in some cases prosecute the worst offenders and get your site SHUT DOWN. Spamhaus in reality doesn’t just have one list you want to stay off in fact they maintain six. Even if this all sounds a little complex well the image above should get you excited, well I was. The blocklist removal tool. Here you can enter your IP address or domains to see if they are on any of the blocked lists. This may help you work out that perhaps your IP address may be the problem. It’s worth checking this out if your experiencing emails bouncing back alot. If the tool finds your IP or domain on the list they will send you a very helpful link giving you information on what to do next to set about removing your site from their watchful eyes and blocklist.

Getting your site back on track. If your site has been hacked then well you should have learnt your lesson and tighten up your site security but if you ended up blacklisted because you were trying to trick search engines then also learn your lesson.  Start again, but obey the web rules and play fair this time. Search engines won’t take kindly to you repeatedly ending up back on their blacklists.  It becomes harder to get removed from blacklists the more often it happens and sooner or later you will get shut down.  Follow these 5 steps and you should be back on track to Search Engine success.

If you think blacklisting won’t happen to you or you don’t need to worry about site security try telling that to one of our students who’s work IP address recently fell foul to being blacklisted. It’s created a whole heap of work ending up in him changing hosting and also having to break the bad news at the office the day after we told him why his emails had been bouncing back all day at the office. Web Courses Bangkok can help you learn how to correctly operate within SEO guidelines. You only have to search for us on google to show how good we are at SEO. Check out our course on Online Marketing. Digital Skills to Learn for Marketers in 2023