Why you should learn Ruby on Rails

I started doing web development a while back at least about 2 years ago. Before I was doing web development I was doing Computer Animation and before that I was in university doing Games Programming. Between all these things I always thought to myself “I’ll never become a developer, its just do darn boring”. After university I quickly decided that I was going to be more of a visual person. Thats why I picked up Computer Animation and Web Design after I left university. I needed the Instant Gratification. Eventhough I enjoyed doing design alot I always felt like I was missing out on something. In most of my projects I just design the closest thing to development for me was to design a theme for content management systems. Doing that required me to dabble in the PHP programming language a little bit, enough so I can write my own code to solve problems.  On projects I usually enjoy the design part much more.

However I’ve always wanted to build my own application. I’ve got so many ideas and I knew in my heart that i had to learn programming sometime If i wish to fulfill my desire to have my own application. Enter ruby on rails. During my research for my project I’ve heard so much about ruby on rails but never actually delved into it. However the richness of online resources was very attractive to me, and not to mention I liked their logo alot too ;). In May 2010 I came to a decision that I was going to use Ruby on Rails for my project, I was going to build the whole thing from scratch with ruby on rails. At this point I also decided that I was going to need a professional programmer to come on board on the project so I hired a very talented young developer by the name of ‘Sam’ :).

I started working on the project knowing absolutely nothing, now 3 months into development I am able to write my own code, build database relationships and make custom database queries. I’ve never understood a programming language so easily. Ruby was simply beautiful. Understanding the language behind rails changed everything for me. I finally realized what the hype was all about. I quickly fell in love with rails and how powerful it is. I was doing real development work and actually enjoying it for the first time!

Reading through all this you may be wondering what Ruby on Rails is. Now that you’ve read about how much i’ve been enjoying it lets talk a bit about what rails is. Rails is a web framework build on the Ruby programming language. It offers a toolset to get you started doing web development projects. So you don’t have to redo a lot of things that you normally need to do. A better way to understand this better would be to think of yourself as being a carpenter who wants to build a table. In reality the carpenter would buy some wood and some tools and get started building the table right? Well rails is like the wood, the hammer the nails, all the tools you need to build a table. Rails is exactly just that its a set of tools that help you develop web applications. Not having to develop your own tools is a huge advantage. It means that you can get a working prototype within weeks! 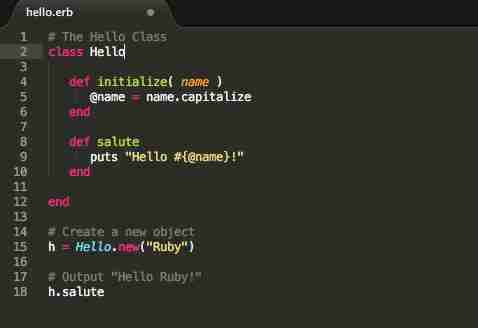 If your looking for a tool to start a project , Rails is probably your best bet. The only ‘drawback’ thats not really a drawback is that you have to learn the ruby language. The good news is you don’t have to be a master at ruby to figure out how rails work. You just have to have a foundation of the ruby language once you understand enough you can get started developing your own projects within days! If your a project manager looking for something do consider rails it can help save development cost by a huge margin. If you have a team of large people working on the code the nature of the ruby language will also play to your advantage. The syntax for the ruby language is so readable you don’y even need comments. Using rails you are also able to leverage ‘plugins’ aka ‘gems’. Gems provide quick ways to add features to your project need to handle image attatchments? There is a gem for that. Need to do user authentication? There is a gem for that.

From a business point of view it just makes sense and I don’t see why anyone wouldn’t use Rails for their web project. Currently cloud computing is all the rage, rails is the perfect tool to be in the centre of all that.

From a developer point of view, its just a pleasure to develop with rails. If you’ve come from a designer background like I have you’ll really appreciate some of the things rails provide. As a designer if your familiar with HTML and CSS you’ll also pick up certain parts of rails very quickly.

Rails is simply the best tool to build web applications with, and the cool thing is it doesn’t take that long to learn it. Whatever idea you have you can make it happen with rails. To find out more about rails head over to here.